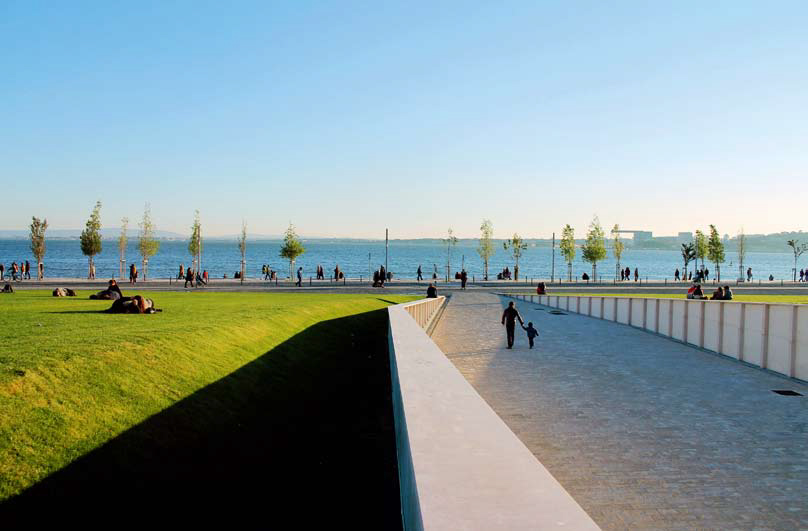 The project of the “Ribeira das Naus” in Lisbon, developed by PROAP (João Ferreira Nunes) and GLOBAL (João Gomes da Silva), brings some innovations […]. “Ribeira das Naus is a mythical space in the national and local identity, partly produced by the collective imaginary, partly by official culture”, the landscape architects explain, as if to say that in a place so symbolically important, it was inevitable that urban regeneration would become inextricably tied up with memory. Here,on the Tagus River was the place where the ships were built to explore distant regions as an example of early globalization of which Portugal has been a protagonist.