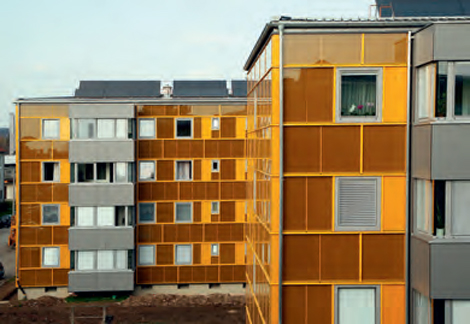 In the last decade, in Europe, the design topic of the energy adaptation of buildings built in the post-war period is really of great relevance within urban regeneration processes. […] This is a problem that characterizes both “non-pedigreed” and “pedigreed” architectures […] If, in the case of “non-pedigreed” architectures, these new technologies also help to regenerate the urban space from a qualitative point of view by transforming old and anonymous buildings into more attractive ones, more complex becomes the role of the architect when called upon to intervene on Masters’ architectures: normally, these are buildings that carry with them as well as formalism of their time also values intrinsic to the cultural and social contexts in which they were born. Changing its appearance would mean altering a memory hardly to reconstruct: so here is how, in parallel with the operations of maquillage aimed at refurbishing mainly the facades of ordinary buildings are also born sophisticated construction history studies that, in addition to contributing to the material knowledge of certain works by the Masters of the 20th Century, are aimed at requalifying some masterpieces of rationalism or brutalism.