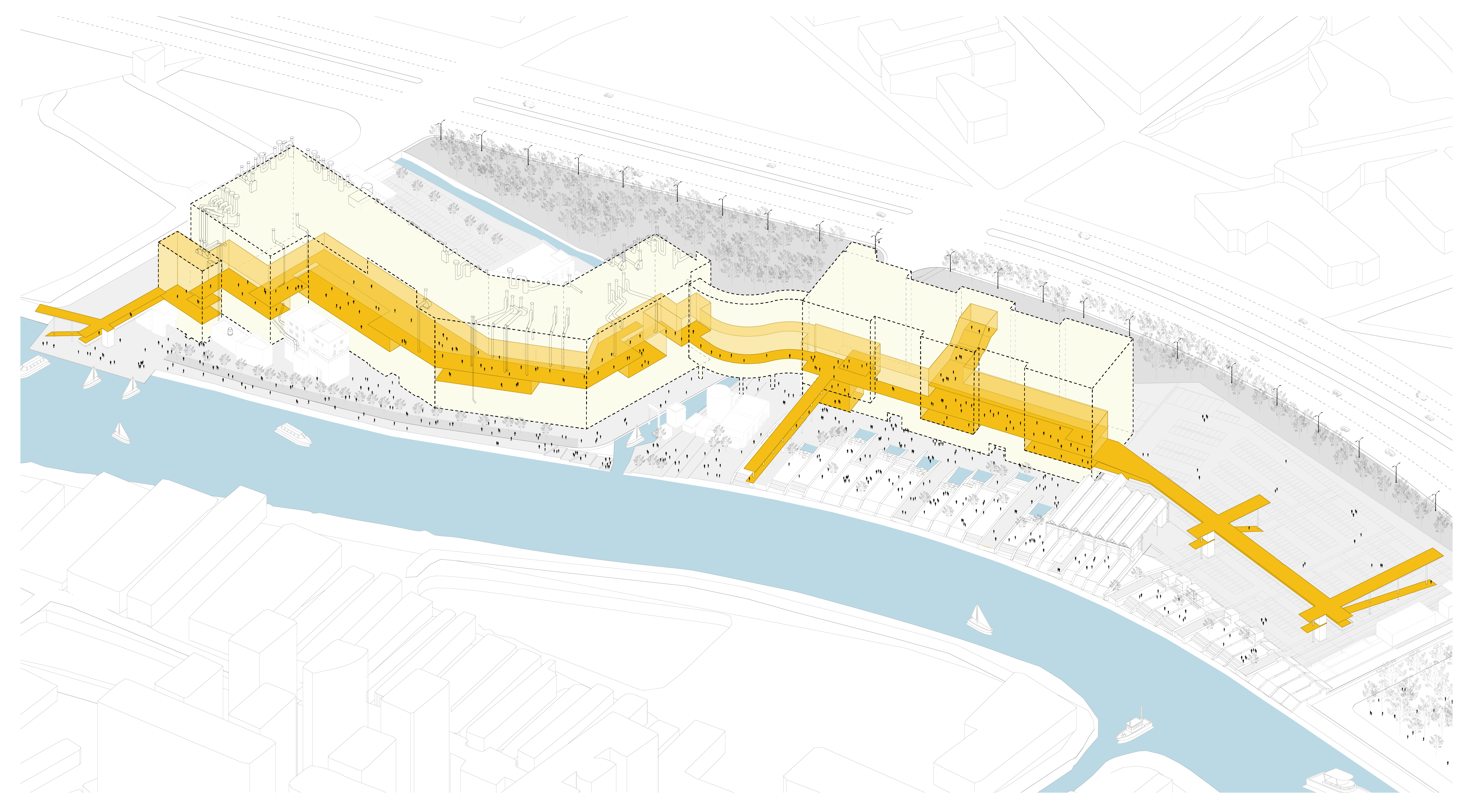 After three years of intensive renovation works, today the Pearl River Piano Cultural Park has been inaugurated in Guangzhou. The project, elaborated by Politecnico di Torino together with the South China University of Technology, was awarded in 2017 the international architecture competition for the redevelopment of a former industrial area, part of an extended urban regeneration operation. To date, it represents one of the most important collaborations between the city of Turin and Guangzhou.

The Pearl River Piano Factory was the world’s largest piano factory, covering 25% of the Chinese market and 12% of the global one, now relocated outside Guangzhou. The recovery of the dismissed industrial area has been conceived to favor the flourishing of the city’s cultural industry.

The Piano Factory presented two exceptional potentials for the transformation: its proximity to the river, which flows a few meters away, and its impressing longitudinal organization, underlined by the rails on which the pianos were running. The winning proposal was based on the construction of an elevated “street” throughout the building, allowing cultural and service functions to be connected along the entire length of the factory, over 600 meters long. The distribution system defined by this “street” in connection with outdoor open spaces, recalling case studies from some Italian medieval productive urban fabric, represents the factory’s spine ordering and connecting all the functions and the services of the Cultural Park. This feature shows great advantages: it is barycentric to the section of the building, making high floors more accessible to the public; it, also, releases the ground floor from an excessive pressure of the crowd, making it more flexible and permeable to the river and it creates a minimal but highly recognizable architectural sign on the facades while offering privileged views of the river and the city.

The former Pearl River Piano Factory has finally been converted into a 130,000 sqm Cultural Centre, aimed at hosting start-ups in the music and cinema sectors and contributing to the creation of a venue for the promotion of Italian culture in China.

The Guangzhou Pearl River Piano Group will dedicate a space for the promotion of Turin’s cultural entrepreneurship through a project signed by the Municipality of Turin and Politecnico, named “Italian Cultural Box”.  The interior design of the Italian Cultural Box was developed during a workshop held in October 2019 as part of the Torino Design of the City 2019 program. It involved students from Politecnico and the University of Torino as well as three emerging architecture studios (PlaC, BDR Bureau, BTT Studio).

Enhancing its original façades and its special chimneys, exploiting the flexible modularity of its structure and windows, the new River Piano Cultural Park is finally ready to welcome a new typology of public: an audience enthusiastic for its future and aware of its past.