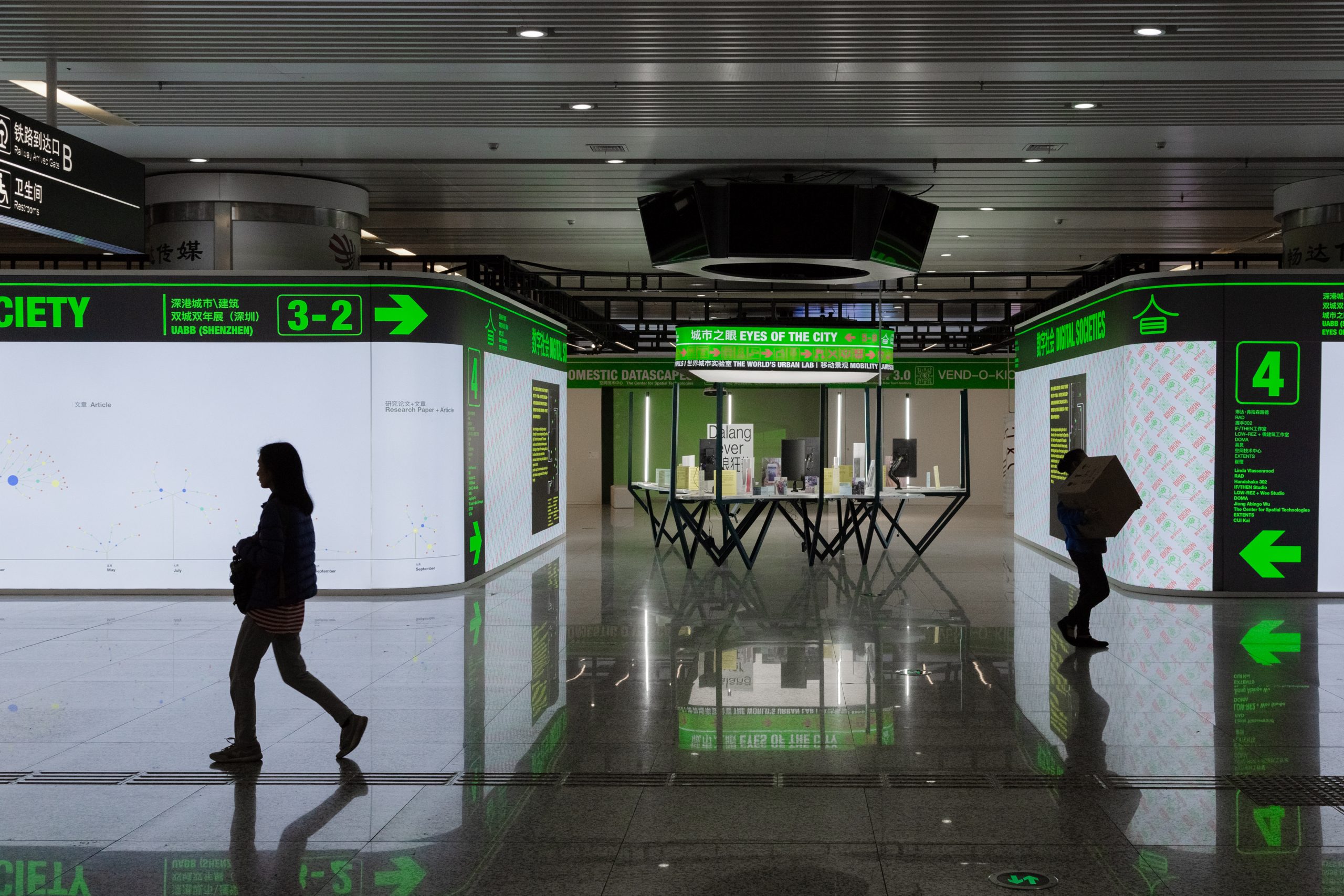 The Organizing Committee of the Urbanism\Architecture Bi-City Biennale of Shenzhen – Hong Kong conferred to the Politecnico di Torino and to the CRA-Carlo Ratti Associati the prestigious prize “Excellent Work” for the set-up project of the exhibition “Eyes of the City”, held in the new Futian High-Speed Railway Station. Located in the administrative and financial heart of Shenzhen, Futian Station was prepared for the VIII edition of the Biennale, which opened last December and closed to the public one month later due to the Coronavirus emergency.

The Futian station is one of the Asian biggest subterranean infrastructures; its reconversion into a cultural space was aimed at combining the daily transport needs with the expositive interest. It consists of a lobby usually walked by thousands of people, travellers that may not be interested into a Biennale, but who find themselves absorbed by the theme of the exhibition. Stations have traditionally been places of crowds and anonymity, but, thanks to recent technologies, they are nowadays among the public spaces where human presence is more traced. An opportunity for better services, but also for control and surveillance: these are the two faces of the “eyes of the city”, as the title chosen for the exhibition.

A backlit 1200m wall, hosting an infographics about the 280 participants to the open call for the exhibit, surrounds a set-up inspired by the duty-frees of major infrastructure nodes. The passage of travellers in the large atrium of the station provides the opportunity of diverting their route and consuming spaces devoted to the debate on contemporary cities.

The Biennale has also awarded special prizes to some relevant figures of the international architectural scene, such as Sou Fujimoto, MVRDV, Philip Yuan and Yung Ho Chang, who participated to this edition.

The awards have been announced during the online closing ceremony of the Biennale: virtually set in a usually overcrowded station – now deserted from weeks due to the health emergency – it hosted a conclusive forum on “Pandemics and The City”, designed by Polito and SCUT, where Chinese and western speakers discussed how the Covid-19 crisis may be traduced into an opportunity for rethinking urban planning strategies.